Amazon on the Attack of Netflix 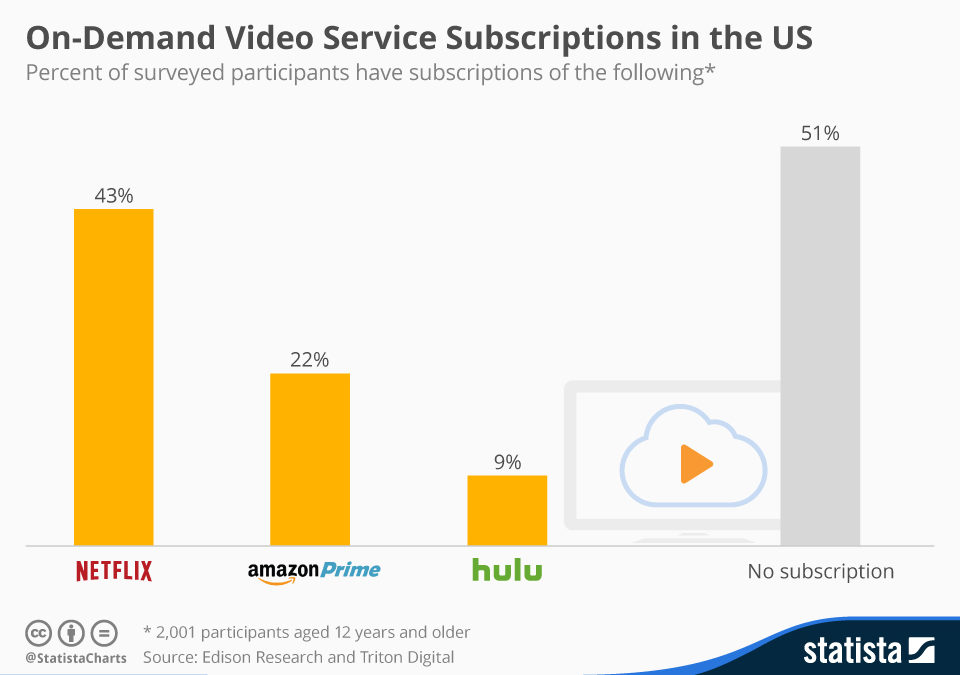 In an attempt to gain market share, the Seattle based online retailer Amazon has come up with a new pricing model for its subscription video on demand (SVoD) service. From now on users can subscribe on a monthly basis and have a video-only option. Originally, customers could only put their name down for a yearly Prime subscription, which included other perks like free two-day shipping for Amazon orders and music streaming.

Amazon’s new subscription plans are seen as a move to challenge Netflix, the market’s top dog as the Statista infographic shows. Amazon got into the SVoD game much later than Netflix, which has more than 75 million subscribers globally. It has long been available on a monthly basis, without the option of a yearly subscription. The third provider, Hulu, is currently on offer to users in the United States only.

Amazon has increased the number of subscription options for its Prime service. Starting today, it’ll offer Prime as a $10.99 monthly subscription, alongside the usual $99 annual plan.

The company has also started selling Prime Video on a standalone basis. The streaming service, which normally comes as part of the full Prime package, is now available for $8.99 per month.

Unbundling Prime Video is a particularly interesting choice, as it points the service more directly against competitors like Netflix and Hulu. Netflix is still widely seen as having the better batch of licensed and original content, but Amazon has spent the last few years beefing up its original programs, and will now sell Prime Video for a dollar less per month.