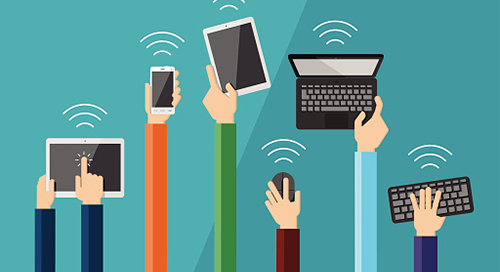 Mr. Nicolas Demassieux from Orange will join the BandwidthX Advisory Board

Today BandwidthX announces a strategic investment by Orange Digital Ventures in BandwidthX, the developer and operator of BxMarket, a cloud based real-time Wi-Fi marketplace. This investment demonstrates Orange Group’s priorities in exploring and encouraging new forms of network connectivity and disruptive digital innovations that transform their customers’ experience. BandwidthX gains growth capital and a world-class mobile and broadband service provider as a partner. The relationship will aid in developing and deploying solutions and expanding the scope and reach of BxMarket. The investment was announced today by Pierre Louette, Orange’s deputy CEO, in conjunction with Viva Technology Paris, the largest global tech event dedicated to fostering innovation and collaboration between large companies and startups. BandwidthX will be exhibiting at the Orange portfolio companies’ area at Viva Technology on Friday July 1, 2016. BandwidthX operates BxMarket, a cloud-based Wi-Fi marketplace that makes third party WiFi networks available as a seamless extension of mobile operators’ cellular data networks and enables practical wireless data capacity commerce on a wide scale.

The business-tobusiness solution enables mobile operators to precisely meet data demand by buying unused Wi-Fi capacity from broadband Internet service providers. By dynamically allocating capacity, employing a market mechanism, and seamlessly making connections, BxMarket brings savings for mobile operators, new revenue streams for Wi-Fi providers, and better service for end-users. As part of the agreement, Mr. Nicolas Demassieux, the head of Orange Labs is joining the BandwidthX Advisory Board. Mr. Demassieux leads the research of Orange Labs defining the strategy and coordinating major research initiatives of over 700 engineers. Previously he was in charge of the global broadband wireless research of Motorola where he worked at enabling Wi-Fi, 3G and 4G mobile broadband, mobile Internet, mobile television and digital home. In 2007, he became one of the 9 Motorola Fellows.

Other members of the BandwidthX Advisory board include Nobel Prize-winning Economist, Alvin Roth, the current Chairman of Nokia, Mr. Risto Siilasmaa and the former Chairman of Telefónica, Mexico and Central America and former finance minister of Mexico, Mr. Francisco Gil Díaz. The Advisory Board provides valuable perspective and recommendations to the Company’s management regarding business development, R&D, and international expansion. “We are proud to have the backing of Orange Digital Ventures and to welcome Mr. Demassieux to our Advisory Board,” says Pertti Visuri, CEO of BandwidthX, “We look forward to working together as we continue our journey to create new paradigms for more efficient use of network capacity and to increase the value created by participation in BxMarket.”

Pierre Louette commented: “With this new investment, Orange Digital Ventures confirms its commitment to supporting the development of digital players which are transforming the network operator business. The disruption introduced by the BandwidthX marketplace will create new opportunities for operators, opening for them the business of “infrastructure as service” and network aggregation, including countries in which they do not operate directly, while better controlling deployment costs.” For further information about BandwidthX and its solution, visit http://bandwidthx.com or follow @BandwidthX on Twitter. Ends

BandwidthX operates a cloud-based marketplace where both Mobile Operators and Internet Service Providers can define their value for data capacity in real time and are automatically matched when their values align. BxMarket gives the Mobile Operators incremental data capacity at lower cost, while allowing the Internet service providers to profit from new revenue streams from their underutilized Wi-Fi networks. With this new form of microcommerce, everyone in the Wi-Fi ecosystem wins: from Mobile Operators and hotspot service providers to equipment and software vendors, aggregators and financial clearing companies and, of course, the end user of the device. Learn more about BandwidthX at http://www.bandwidthx.com.

Digital Ventures identifies and funds early-stage start-ups during their initial development. With 100 million Euros to invest, Orange Digital Ventures proceeds by making investments via minority holdings. The focus is on financing those start-ups working on the new and next transformations of the telecoms and digital sectors, through innovation, disruptive technologies or new business models. Orange Digital Ventures will support in particular start-ups in the fields of new Connectivities, Enterprise Cloud and data, the Internet of Things, and Fintech, from any geographical area. www.digitalventures.orange.com